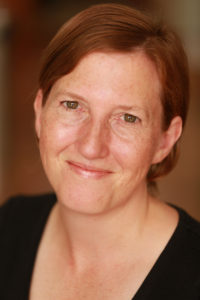 Toni Harman is a documentary filmmaker turned author. A graduate of Exeter University and London Film School, Toni has spent the past 20 years producing and directing films. Her credits include a feature film released by a Hollywood studio and several documentaries about childbirth; DOULA!, FREEDOM FOR BIRTH and the multi award-winning documentary MICROBIRTH about the critical importance of ‘seeding and feeding’ a baby’s microbiome during vaginal birth and breastfeeding for the best possible lifelong health. Her extensive research for MICROBIRTH led to her co-authoring a new book called THE MICROBIOME EFFECT and also the creation of a new online course, MICROBIRTH ONLINE COURSE. Toni’s presentation gives a flavour of the content within this online course.

In this special taster to give a flavour of the new Microbirth Online Course, documentary filmmaker and author Toni Harman presents some of the latest research on the science of synthetic oxytocin. In her presentation, Toni will explain how oxytocin is a evolutionary conserved system that is vital to human behaviour. We’re social beings and so oxytocin helps regulate mood, attachments and stress. Oxytocin is particularly important during childbirth as natural production of this hormone is critical for contractions and lactation. However, artificially produced synthetic oxytocin is commonly used in hospitals in industrialised nations (known as Syntocinon in the UK and elsewhere). This presentation explains the difference between synthetic oxytocin and natural oxytocin plus explains the potential long-term consequences on the baby’s health of use of synthetic oxytocin during the narrow period of time that surrounds childbirth.

She also wanted us to tell you that if LCGB members want to become more confident in the latest science about the microbiome, they have set up some some one-day Microbirth Workshops:
London: May 15th 2017
More information on the website: http://microbirth.com/workshops/