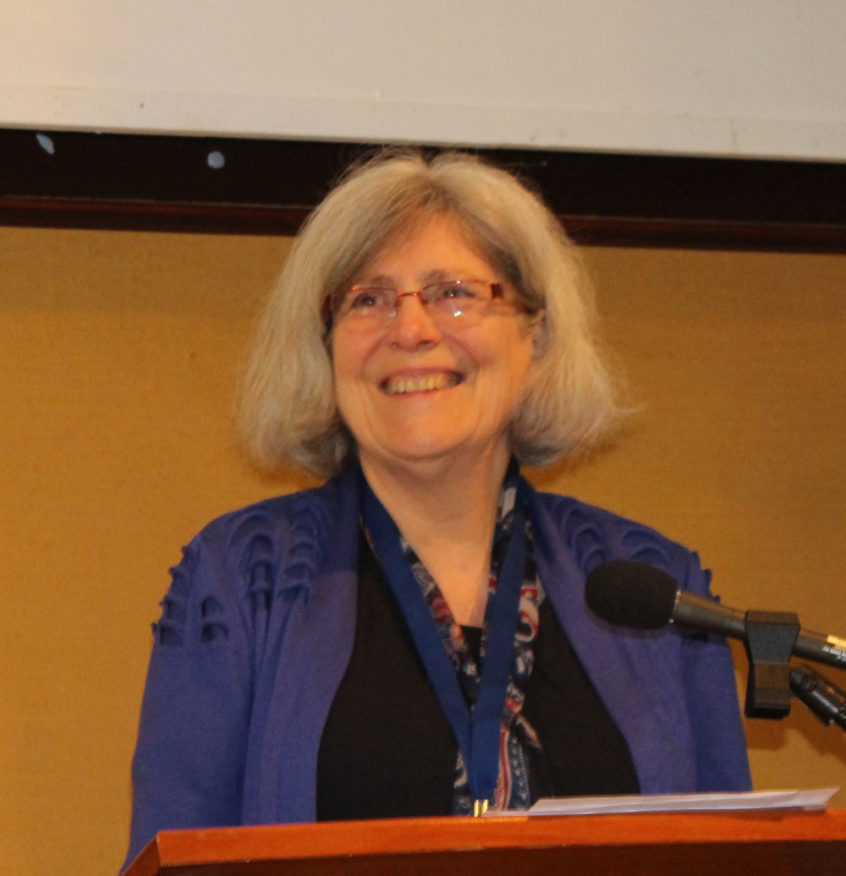 Honorary Membership of LCGB is a tribute for individuals who have made a major contribution to the organisation.  It carries free membership for life and is a significant recognition awarded to very few.  To date we have had only six recipients in over 20 years.

It is with great pleasure that we can announce on behalf of the committee that Honorary Membership has been awarded to Jill Dye. Jill became an IBCLC in 2000, and has chosen to take the exam every five years since, believing that this would test her knowledge better than by renewing with CERPs. Since qualifying Jill has been active within LCGB for much of this time. She has taken leading part in organising  our conference for many years, always bringing leading international speakers to the UK, often for the first time, and gaining for the event a reputation as one of the best available. In fact those conferences have played no small part in raising the profile of LCGB in breastfeeding circles in this country.Because of Jill, many of us were the first in the UK to hear such speakers as Jack Newman, Nils Bergman, Kathleen Kendall Tackett, Joy Noel-Weiss, Diane Wiessinger, Elizabeth Brooks, Tom Hale, Peter Hartmann, Donna Geddes, Diana West, Karleen Gribble, Maureen Minchin, all speakers who have influenced our thinking over the decades, and the list goes on and on. Most of these influential leaders in the world of breastfeeding were brought to the UK for the first time to speak at our conferences.

More recently Jill held the post of Co-ordinator from 2011-2014, providing leadership with invaluable insight and clarity when needed, using her diplomatic and negotiating skills to great effect through a difficult period, in the best interests of LCGB. Since then Jill has served on the Executive Team as Deputy Chair, and she will be sadly missed now that she has decided to step down. During these last three years she has not only offered wisdom and good counsel but has continued to play a key role in organising our Conferences and has also undertaken the significant task of defining LCGB policies, thereby ensuring that as the organisation evolves we are able to stay true to its intentions and purpose.

Jill has represented LCGB both nationally and internationally for many years with pride and passion, and it is with great pleasure and delight that we are able to announce the decision to make her an  Honorary Member in well-deserved recognition of her service to the organisation and to breastfeeding.