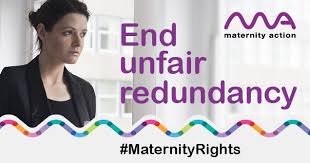 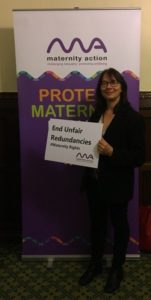 Sally brought the topic of poor support by the UK government for breastfeeding mothers to the discussion, highlighting the fact that mothers in the UK do not have a statutory right to paid breastfeeding breaks, unlike many other countries including the US. Although the speakers focused – rightly – on the fact that making pregnant and new mothers redundant is an indication of the general discrimination against women in the workplace, Sally pointed out that it is even more a measure of the low regard and status of mothers and babies in this country. As she said, the need for better support, protection and promotion of breastfeeding continues to be disregarded at a national level.

Do sign up to email alerts from Maternity Action and continue to direct mothers, families and colleagues to their website.